One of Anacostia’s biggest up-and-coming developments has just gotten a slight redesign. As first reported by UrbanTurf, the Ward 8-based nonprofit Building Bridges Across the River (BBAR) revealed new renderings for the proposed 11th Street Bridge Park this Monday, designed by architecture team OMA+OLIN.

Since December, BBAR has worked with the District Department of Transportation (DDOT) and local organizations to determine the feasibility of the project and what permits would be needed to complete it. First, the new designs for the bridge have made it skinnier, from 139 feet wide to 116 feet at its widest point. UrbanTurf further reported that a path has been widened to accommodate emergency vehicles.

The outdoor amphitheater has been turned 180 degrees so that it faces the river, allowing visitors to be able to enjoy the view any time. The environmental education center has also been expanded and relocated near Good Hope Road SE. 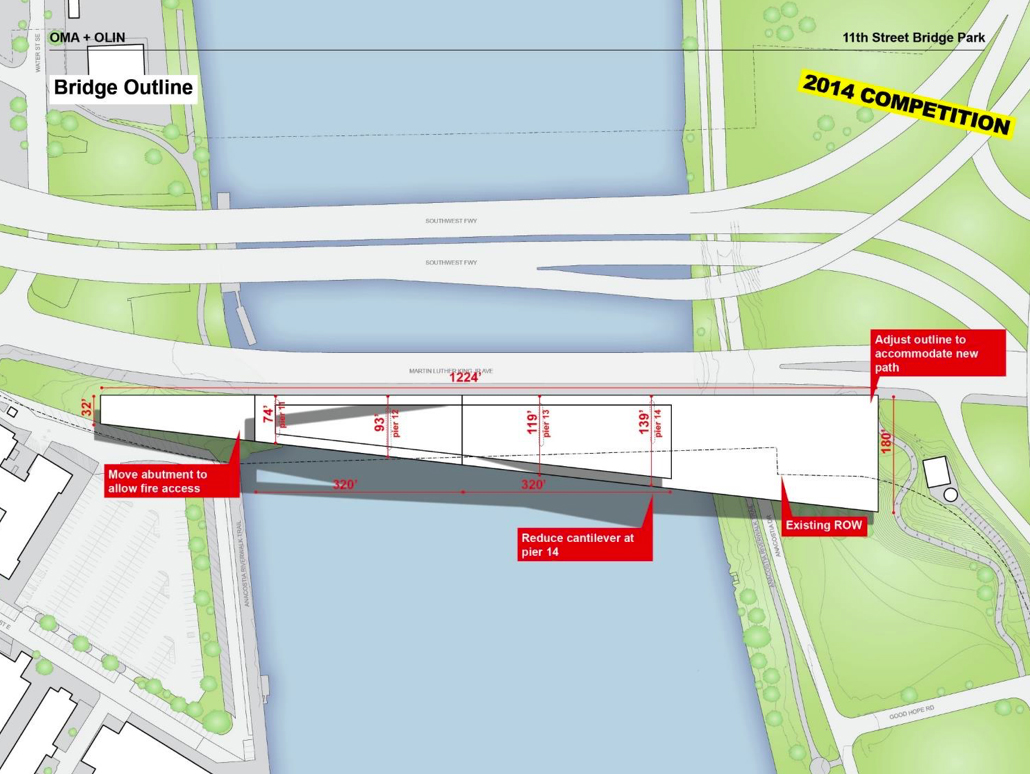 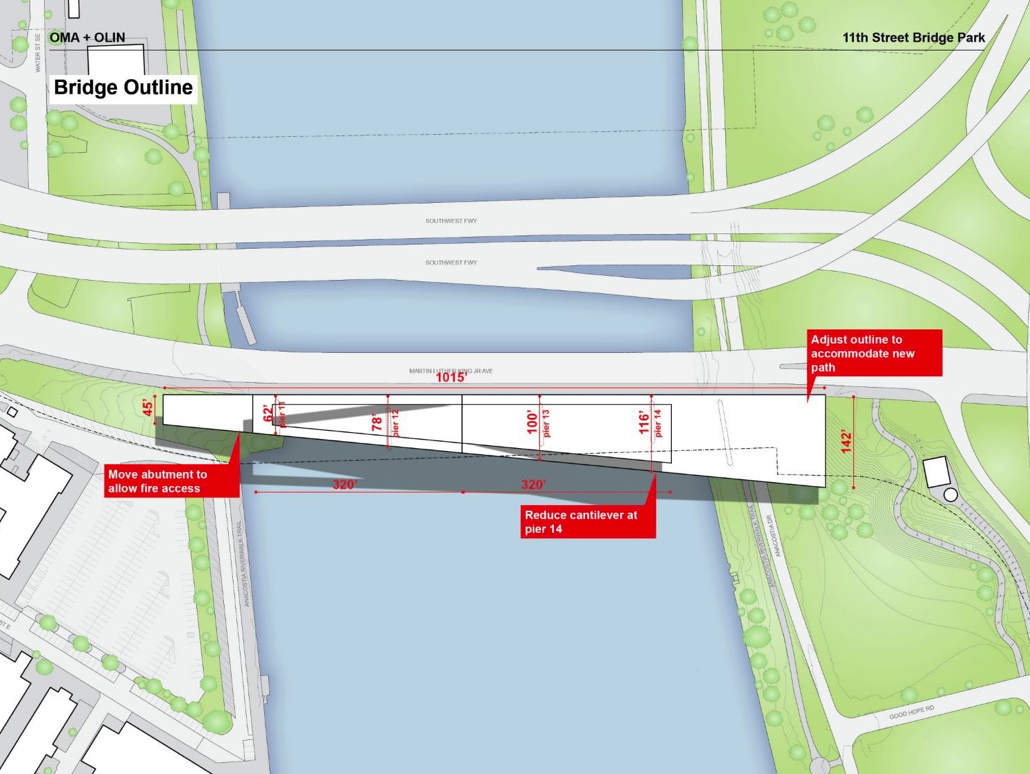 The mixed-use development will also include spaces for performances, public art related to the region, plazas, play areas, kayak and canoe launches, and urban agriculture plots.

The project involves more than just D.C.’s first elevated bridge park. BBAR also has been working on making investments to the local communities. BBAR created an equitable development plan that has assisted 53 Ward 8 residents buy homes and 13 rental buildings begin to address issues of concern. Whatever issues these are were not elaborated on in the presentation sent to Curbed DC.

BBAR also produced the annual Anacostia River Festival for 2017 and 2018 in partnership with the National Park Service and the National Cherry Blossom Festival.

A series of large art installations have also been completed in both Anacostia and Navy Yard as part of the project.

There is no exact timeline set yet, but in September 2015 it was reported that the delivery is expected by 2019. The project still needs to receive approval from the Commission of Fine Arts in October and the National Capital Planning Commission in November. The project is expected to cost $40 million.