In July 2017, the plans for the historic Randall School in the Southwest Waterfront neighborhood shrunk from 520 residential units to 485 units. In the project, there were also plans for a museum, café or restaurant, and possibly office and educational spaces.

A local blog, called Southwest ... The Little Quadrant That Could, now reports that plans have changed once again. The annex building for the planned approximately 32,000-square-foot modern art museum has been removed in order to allow for a larger courtyard. The museum will showcase art from the Rubells Family Collection, according to UrbanTurf.

There were also plans for a restaurant in the east building’s auditorium, but these plans have changed to instead contain museum space as well as ancillary retail, such as a gift shop or café.

In order to increase space in the west building, which will house commercial, retail, and non-profit space, there will be a new mezzanine level. There are also plans for a parking garage with 301 spaces.

On the residential units, rather than 485 units, there will be 489 units with 20 percent designated for households earning up to 80 percent of the area median income. There will be a mix of both apartments and condos. Units wil range from studios to one- and two-bedrooms.

Southwest ... The Little Quadrant That Could further reported that the ground floor of the apartment building may include retail.

Construction is expected to start by 2020.

Below, take a look at a former and current rendering of the project. 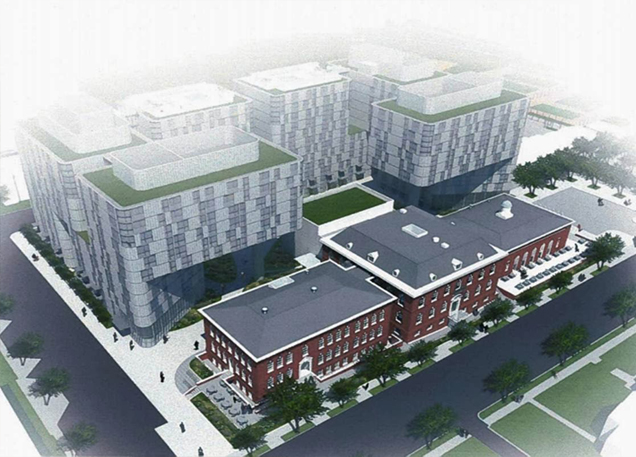 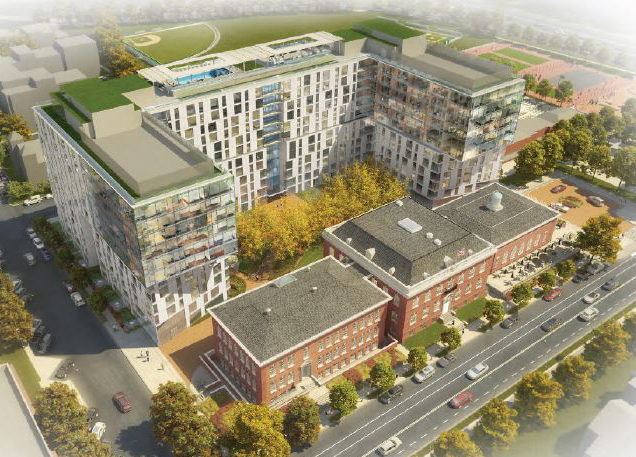 • Randall PUD Revisions Submitted [Southwest ... The Little Quadrant That Could]

• No Restaurant, But Possibly Condos: The Latest Plans for DC’s Randall School [UrbanTurf]