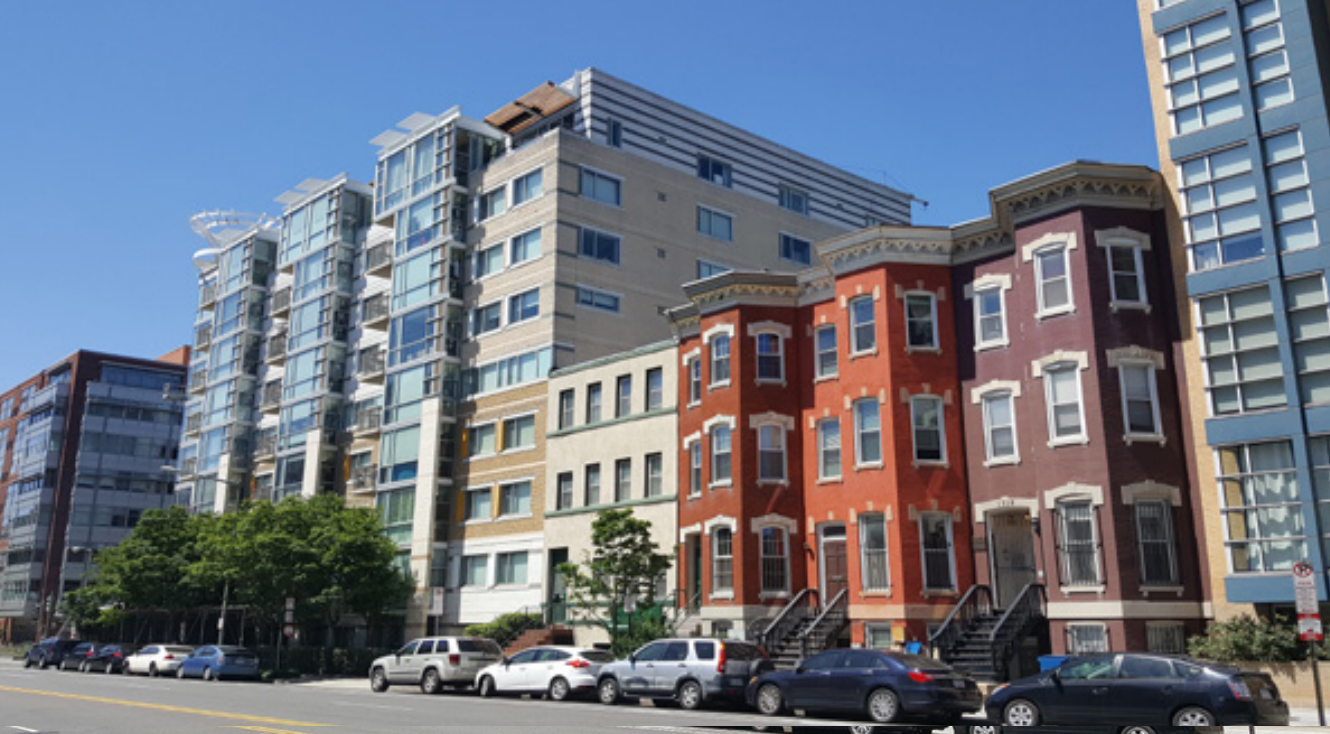 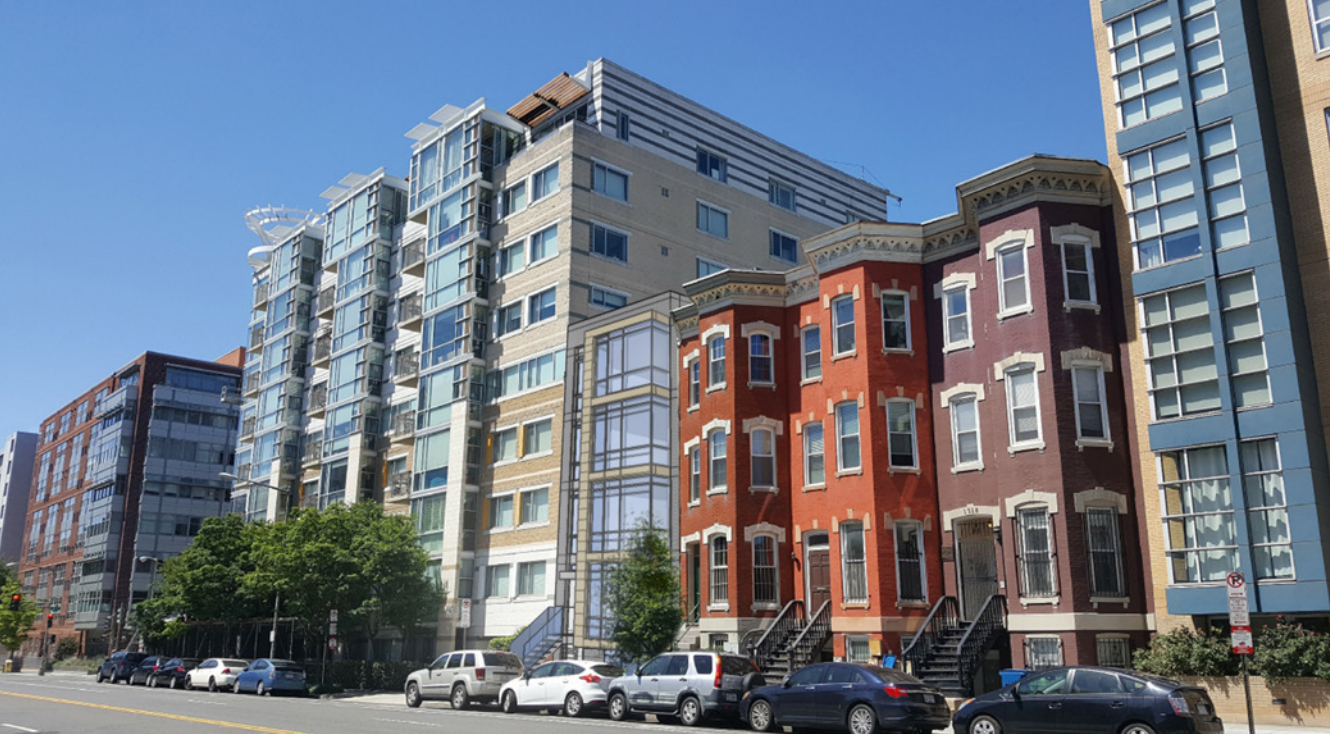 All images via DEP Designs, LLC

The owner of the building, located at 1312 13th Street NW, hopes to replace the current four-story, four-unit building with five-story, nine-unit building made of brick and terra cotta. Each of the new rentals would be one-bedrooms.

According to the HPO’s staff report and recommendation, the building was constructed in the early 1870s and is currently a member of the 14th Street Historic District. Despite its long history, the owner of the building asked the HPRB to reclassify it as “non-contributing to the historic district” due to the many changes that have occurred to the architecture already.

In 1923, the property was converted into an apartment building, and the one-story projecting bay that was likely a part of the property was presumably removed during this time. A basement retail space was also created. In 2000, formstone was removed from the building after it was installed some time after 1930. According to the BPO staff report, the removal revealed that underlying brick was “sufficiently deteriorated.” A stucco finish on metal lathe was later applied.

Because of all of these changes and more to the building, the HPO evaluated the historicity of the property as being “significantly compromised.”

“The extant of alteration is significant enough that the building no longer conveys integrity of feeling or association with the historic district,” wrote the HPO in a staff report and recommendation to the HPRB.

The developer of the project is Acumen Companies, while the architect is DEP Designs, LLC.

The HPRB’s next meeting is this Thursday, July 27.