The number of residential units planned has been reduced, and a possible mural is also on the table

At the former site of Southeastern University in Washington, D.C.’s Southwest Waterfront neighborhood, within walking distance to The Wharf and Arena Stage, the Erkiletian Development Company and the Shakespeare Theatre Company (STC) are planning a mixed-use development that has previously received a lot of negative feedback from locals.

In July 2016, the STC withdrew their plans for a 136-unit mixed-use high-rise, known as The Bard, at 501 I Street SW. At the time, D.C. resident and blogger Andrea Pawley described the STC in a blog post as "tone-deaf" and further accused the organization of misrepresenting neighborhood opposition in a narrative portion of a Planned Unit Development (PUD) document. According to Pawley, the project will affect "nearly every household within 200 feet of the proposed rezoning."

The new plans call for a U-shaped, four-story building with a separate five-story annex connected by a below-grade tunnel. If approved, there will be a total of 110 residential units with 11,383 square feet set aside for households earning up to 60 percent of area median income (AMI) and another 987 square feet for households earning up to 50 percent AMI. Five apartments will be for STC’s actors.

“Two additional units will be rented at 40 percent below market rate to staff members from the nearby Amidon Bowen and Jefferson Academy public schools for the first 10 years of the development as a part of a more extensive partnership between STC and the schools through the life of the Bard development.”

There will also be 29,425 square feet for STC administrative, rehearsal, and performance space as well as a below-grade garage with 39 vehicular parking spaces and 70 bicycle parking spaces.

The new plans have removed a bridge that would have connected two new buildings and removed bay windows and projections from the structures. There is also now an option for a facade with a mural of William Shakespeare.

According to UrbanTurf, the development team hopes to get the site rezoned from R-3 to MU-4. R-3 allows for attached rowhouses and row dwellings, while MU-4 allows for a moderate density mixed-use development, according to the D.C. Office of Zoning.

Below, see a comparison of a newer rendering with what the planned project once looked like: 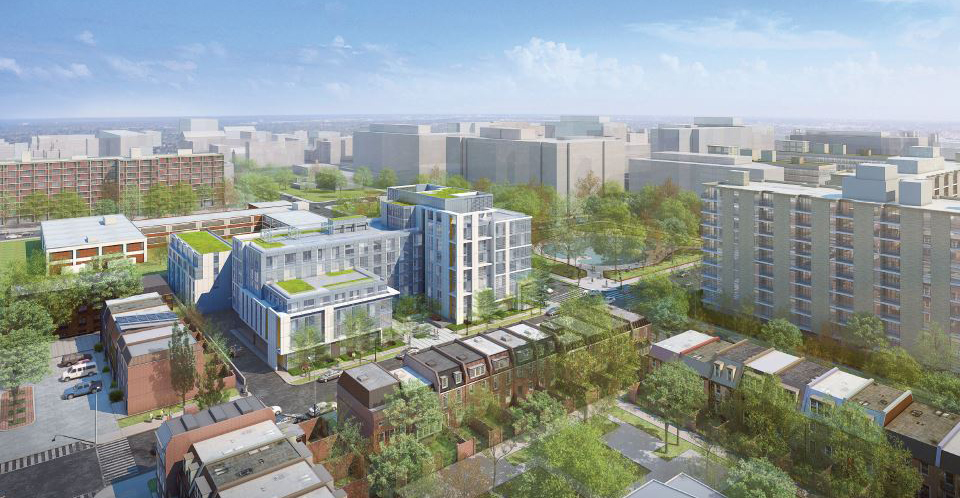 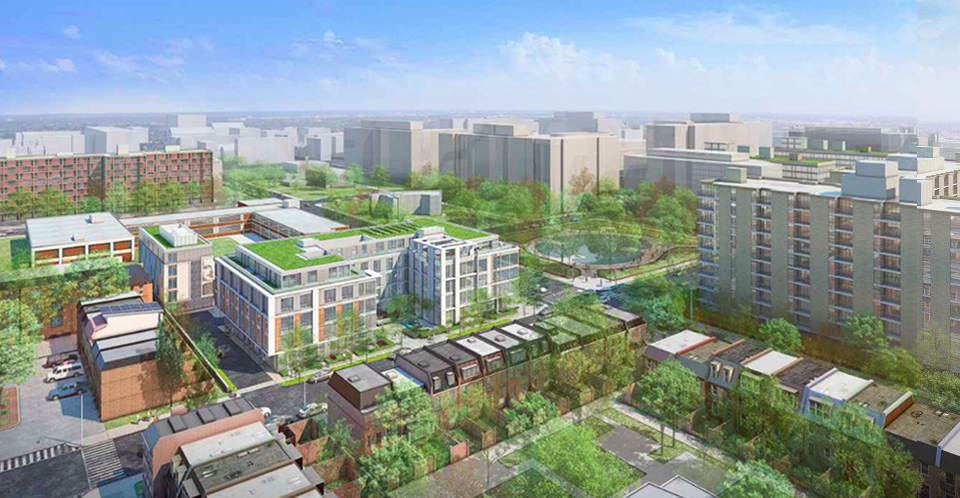 • As You Like It? The Revised Plan For The Bard in Southwest [UrbanTurf]