My night in a 58-square-foot floating home

Can a tiny floating boat offer a relaxing night away from the city?

The 90 minute drive to Colonial Beach—a town I'd never heard of before last week—was indicative of just what I was hoping for during a weekend away from Washington, D.C. The city's row houses and bumper-to-bumper traffic turned into antique stores and rural roads, offering me the space that I was craving—which is kind of ironic considering I was on the way to stay in a tiny boat that was barely the size of a closet.

I chose this Airbnb partially because it wasn't too far or too close to Washington, D.C. and because most of the tiny homes that can be found in the city are not up for rent. The tiny home movement has yet to truly hit the District, and because of this, pickings are slim. While I had never heard of Colonial Beach, Virginia, I knew that I had the chance to go to a houseboat, test it out, and share my experience.

By the time I passed a faded, wooden "Welcome to Colonial Beach" sign, my feline traveling companion—my cat, Harley—had stopped yowling. I decided to bring him along because I couldn't find anyone to take care of him for a night. Plus, on the home's Airbnb page, it stated that the boat was pet-friendly. I don't usually bring him on trips with me, so his constant meowing seemed understandable. The only times I've ever really driven him around were to take him to the vet.

It was hard to believe that a vessel as tiny as the one I was headed to was suitable for cats, so I wanted to test it to see if bringing mine would be worth the effort. (I would soon realize I made a mistake.)

I chose my destination, though, because it was one-of-a-kind and far enough from the city to feel like an escape. As an escape, I didn't need much space, and thankfully, the houseboat I found was so small that to me it was perfect. For a one-night trip, all I truly needed was a space big enough to sleep in. I didn't need much.

I was thankful to see that the listing photos were accurate to what I discovered. There before me was what can only be described as a floating closet, as adorable as it was itty bitty. On the side of the tiny floating home, "The Otter House," was painted on.

At the marina, The Otter House was the only one of it's kind. There were no other vessels that rivaled its size. The pontoon, itself, measures 20' by 8'-6'', while the tiny house is 11'-6'' by 5'1-1'', making the interior a total of 58 square feet. At this size, there are bathrooms—even showers—that are bigger than the structure. People own rugs that can not fit inside the boat.

In order to power the air conditioning and TV, the structure houses a solar panel with a 12V battery. All of the windows are also ultra-high efficiency. To keep the vessel lightweight and balanced, the owner limited the amount of real wood used because of how heavy the medium can be. The boat is functional, and it's able to be driven to nearby beaches for a swim or some fishing.

While there is no bathroom in The Otter House; there is a marina bathhouse only a few steps away with toilets, sinks, and showers. The property is located in a white, nondescript one-story structure that was easy for me to miss the first time I searched for the restroom.

When I entered the ship, otters were everywhere—the pillows, a watercolor painting, a key hook. A printed out sheet told me that The Otter House was originally a neglected pontoon boat from Lake Anna, and when the host discovered it, the boat was overrun with otters who used it as their home and giant shucking bucket for clam shells.

I then lugged my cat and his litter box into the boat, and after a few minutes, my body felt cold and tense. This space was tiny, but Harley seemed to immediately disappear. Since he is such a plump feline capable of rivaling dogs, I couldn’t see any spots for him to hide until I laid on the floor to check under the love seat. There he was, eyes wide and round, paws clenched. The sway of the boat and new surroundings seemed to make him anxious. He remained there, quiet as ever, for the remainder of the afternoon.

Not many people had stayed here before me: The owner only launched the little vessel in June of this year, after rebuilding it in her driveway. The boat was stocked with water bottles, wine glasses, as well as plates and silverware, tucked away in small wicker baskets screwed into the faux wood walls. If I extended my arms as far outwards as possible, I could just barely touch the sides of the boat with my fingertips.

On the marina where the boat was located, it was fairly quiet. During my trip, I rarely saw people entering or exiting their boats let alone walking on the docks. The only real activity nearby was a restaurant only a few yards away that roared with lively music until around nine or 10 p.m. 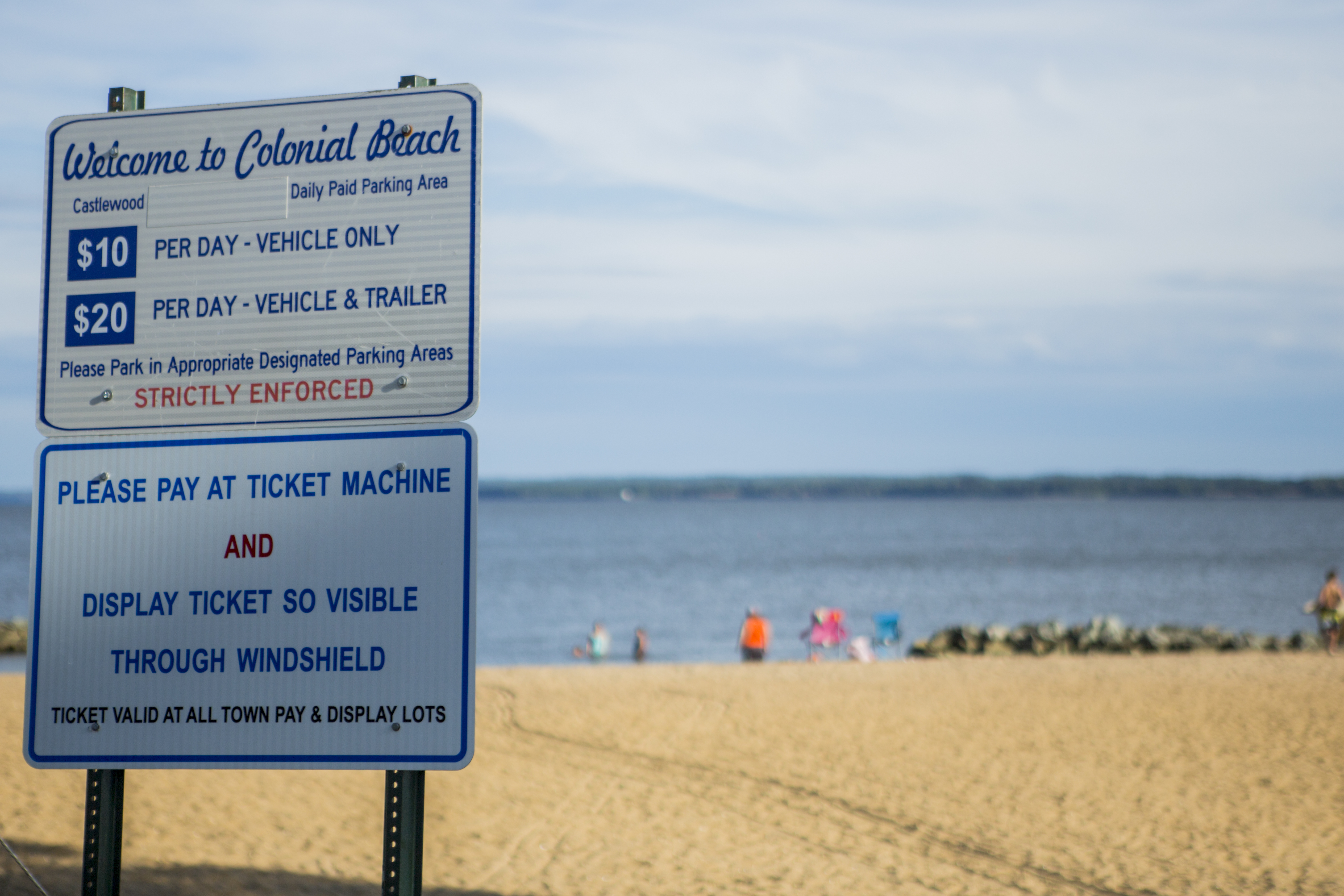 While I was tempted to rest in The Otter House or lounge on the tiny deck, it was a beautiful day, so I decided to get to know Colonial Village. Turns out, there's not much to know. It's a quiet town that tends to sleep early. A few shops closed around 4 p.m. The residential area, located a short walk from The Otter House, was filled with quaint homes with screened-in porches and pointed roofs bunched together by the beach.

I took a quick dip in the water before remembering that I needed to feed Harley. Back in the tiny boat, the smell of the litter clung to the air. I immediately regretted bringing the container with me to the boat. Maybe I could have placed it outside on the deck and had Harley use it out there, but I didn't want to risk him peeing on the houseboat's carpet.

Harley remained under the couch. I filled a bowl with a handful of cat food and filled another with some of the water from one of the boat’s water bottles. His nose finally poked out from under the couch. For a moment, I felt triumphant, but he retreated once again. I tried to reach out to comfort him, but he was too far. He gave me the side-eye, acting like we hadn't been together for eight years now.

I tried to relax in the minuscule space, but kept staring at my phone, tweeting or sifting through Facebook posts. I remained bored and uncertain of what to do. There was a small TV attached to the wall, but I was more compelled to enjoy the silence.

Harley eventually came around to the boat and emerged from his hiding spot. He nudged my leg, and allowed a few pats before crawling under the couch once again.

Fine: I'd enjoy the deck without him, and relax in the simple silence. The water lapped the boat, and the sun set over the water. Eventually the stars peaked out, so vivid—and so unlike the night sky in the city. 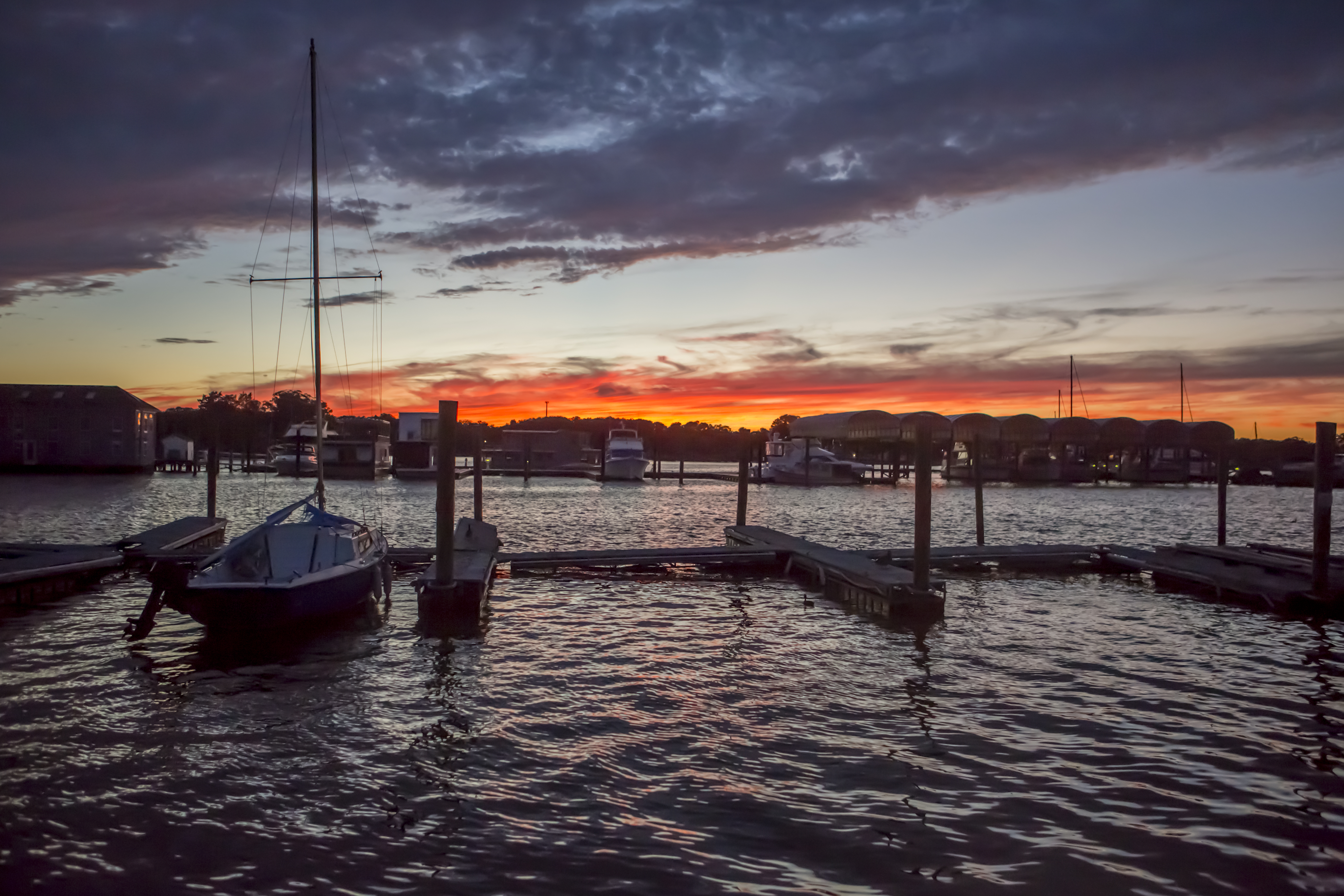 As it got darker, I made my way back in and took on the task of how to turn on the lights. There was no light switch. Instead, there was a remote with rainbow-colored buttons that I poked and prodded before settling on "Fade 7," a button that caused the LED lights on the edges of the ceiling to flicker from reds to blues to yellows.

When I folded out the couch to turn it into a bed, the structure took up pretty much the entire interior. The mattress bent at odd angles, but I couldn't tell if that was because I set it up wrong, or if there just wasn't enough space. By night time, I was so tired that I didn't care, though.

But despite my exhaustion, I couldn’t rest that night. It wasn’t that the bed was uncomfortable—my mind was too restless. In the small space, I felt alone, and I wasn't used to the quiet. In my Washington, D.C. neighborhood, I often hear ambulance or police sirens (there's a hospital down the street), and almost every night, someone honks their horn it the parking lot of the apartment development I live in.

Harley eventually hopped on the bed beside me, though not too close, and I finally fell asleep, the boat rocking me back and forth. 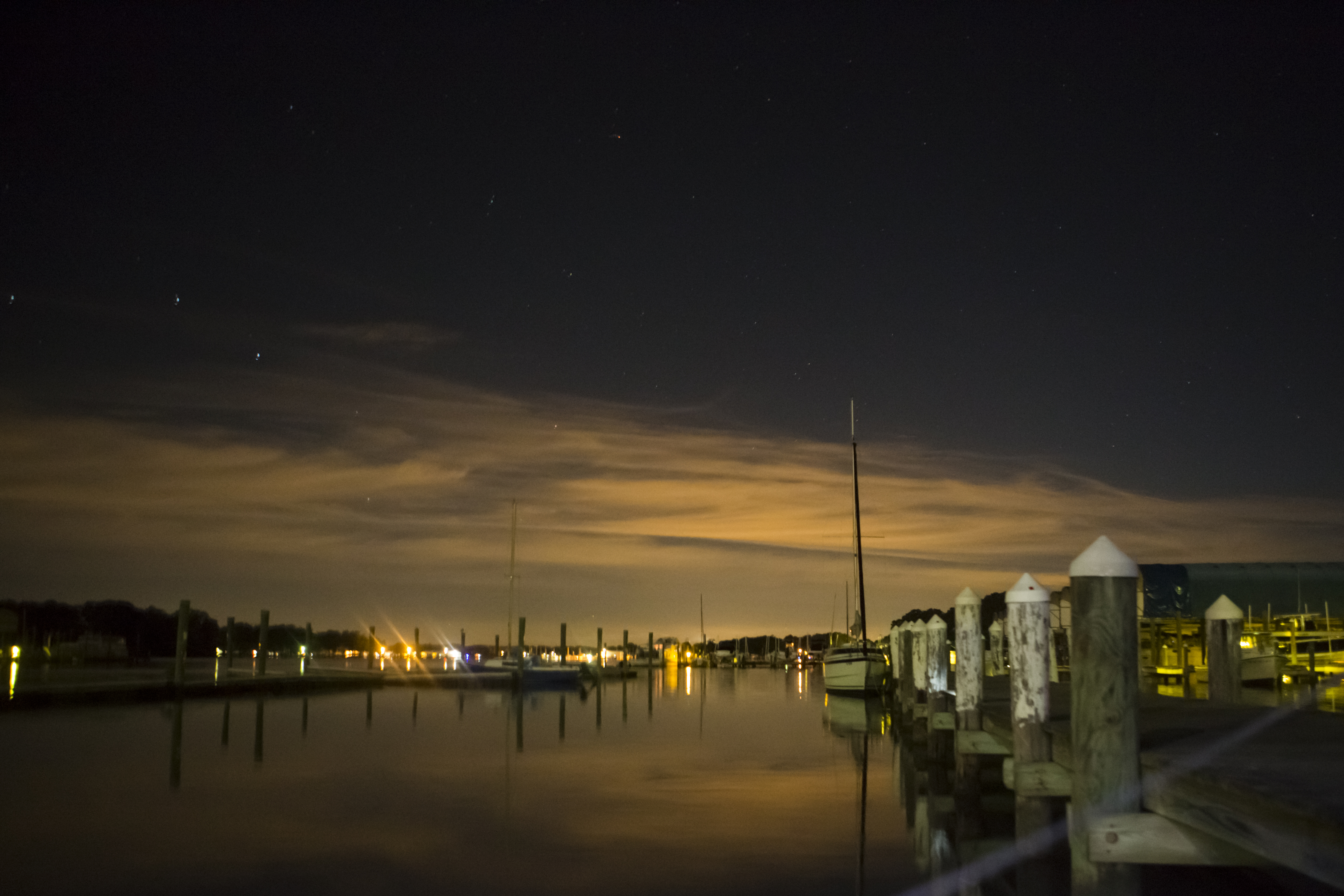 When I woke up, the rocking of the boat was peaceful—I could have happily stayed on the fold-out sofa for the next few hours. Unfortunately, it was time to go. Despite bringing a clunky litter box and a cat, the cleanup was fairly easy. I folded the sheets and towels and tried to leave the space so immaculate that it would be difficult to know if anyone had even stayed the night there.

Despite his moment of sweetness the night before, Harley decided he wanted to stay under the couch. Had he taken a liking to The Otter House? I poked and prodded his belly with one of the remotes in order to push him out, but he remained. To finally get him out, I had to lift the couch up to shoo him out and into his travel container.

By leaving The Otter House, I understood that I was also leaving the momentary peace I felt away from home. While small, the boat was large enough to allow me an opportunity to feel less stress and more fresh air. The drive back wasn't as scenic, and eventually my patience grew thinner as the bumper-to-bumper traffic and sirens returned. Harley's meows grew louder with each passing minute.