Get an inside look at what faculty, staff, and students should look forward to

The next 20 years of Georgetown University's future have been discussed, outlined, and now filed with the D.C. Zoning Commission. In a revised 35-page document, a forum of individuals have created the master plan for the Northwest campus. From housing to open spaces to a new medical and surgical pavilion, see what kind of university to expect by the year 2036.

What parts of Georgetown University does the 20-year Campus Plan cover?

The entire future of the 104-acre Georgetown University campus has been outlined in the new version of the Campus Plan.

In it, some of the main initiatives include: proposing and expanding high-quality green spaces, creating a pedestrian-friendly campus, improving transportation modes, creating a new medical/surgical pavilion for MedStar Georgetown University Hospital (MGUH), and addressing maintenance and infrastructure needs.

The plan calls for more than 1,000,000 additional square footage for the campus, including 450,000 square feet of medical/health care space.

According to the Campus Plan, the University has engaged with Washington, D.C.-based developer Forest City Washington to "assess its institutional strengths and challenges to best determine its need for future growth beyond the main campus."

How will the campus populations be affected?

The revised 20-year Campus Plan maintains the same student enrollment maximums established in the 2010 Campus Plan. For both undergraduate and graduate students, that results in a cap at 14,106. For the School of Medicine, the cap will remain 830, while for the Traditional Undergraduate Program, it will continue to be 6,675.

How will the existing buildings be renovated/upgraded/invested in?

There are four main priorities in the Campus Plan’s section on stewardship of existing resources.

This last priority will involve making the campus more sustainable by reducing the University's carbon footprint and by conserving more water resources.

The developments that have the potential for renovation are listed below:

These priorities will be primarily funded by "philanthropic opportunities, financial performance, economic conditions, and programmatic growth," according to the Campus Plan.

In order to fix this, the proposed Student Life Corridor will create a new major pedestrian access route that will extend from the south end of the campus upwards to Reservoir Road.

The Student Life Corridor, which is described as a central component of the Campus Plan, will involve the relocation and repurposing of a variety of existing developments at Georgetown University.

For one, the back-of-house Facilities Department uses that occupy the ground floor of the route will be relocated. The planned academic building south of Regents Hall will also be reconfigured to accommodate the plans.

Furthermore, the existing chain-link fencing in Cooper Field will be removed in order to create a "more open and integrated experience." For the Leavey Center, a new entry at the northern face of the building will be created.

At Harbin Hall, the ground floor space will also be renovated and expanded with a double-height space. Approximately 40,000 square feet of "high-energy student life uses" will be housed here.

What will happen to the Yates Field House?

In the spring of 2016, Kehoe Field closed after years of continued renovation and repairs. The closure of the field, which was located on the roof of Yates Field House, has caused a strain on resources, according to the Campus Plan. Because of this, there are plans to demolish the Yates Field House in order to create a facility that could provide all of the necessary resources.

The new facility also has the potential for a hotel/conference center in support of University and Hospital operations. This new building could be linked to the nearby Leavey Center.

There are also hopes for additional outdoor athletic spaces on the roof of the planned building and adjacent to the site.

What other athletic and recreational facilities will be affected?

There are four key academic and administrative development opportunities bullet pointed in the Campus Plan that affect athletic and recreational facilities in Georgetown University.

First, there are plans for a new building south of Regents Hall. This academic space would measure approximately 80,000 square feet with ground-floor "student life functions."

On the existing Harbin Hall Plaza, there are also plans for a new Harbin Tower. This would provide roughly 67,000 square feet of academic and administrative space. Additionally, a double-level, ground-floor space would be provided for other "student life functions."

Lastly, the Lauinger Library will be renovated and possibly expanded.

The goals of these changes are to increase the capacity, improve the function, and enhance the "program identity" of each building.

What’s in store for the proposed medical/surgical pavilion? 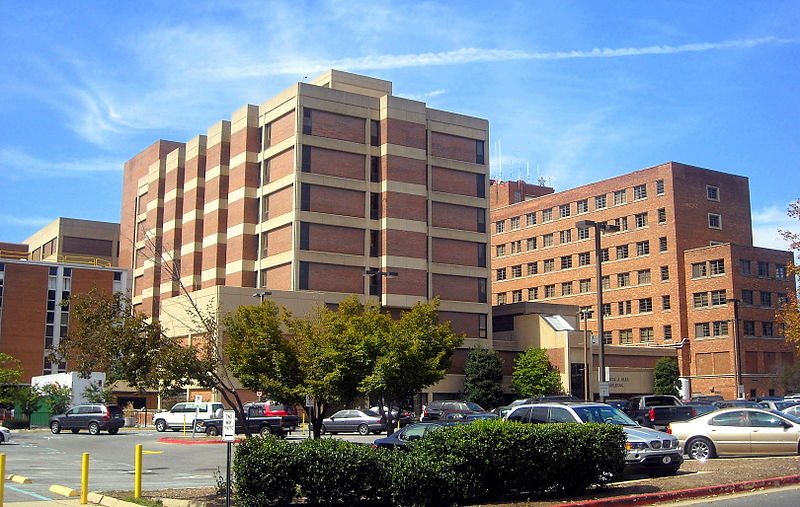 The planned medical/surgical pavilion is meant to address a number of factors, including: growing D.C. population, MGUH’s aging facility, a need for modern operating rooms, and a need for an "upgraded patient experience."

The new, state-of-the-art facility proposed in the Campus Plan will house 156 private patient rooms, a new Emergency Department, larger operating rooms, and a rooftop helipad with direct access to the Emergency Room. There are also plans for a three-level, below-grade parking garage.

On the existing Parking Lot A, there will also be a new a new green space, called, North Green. According to the Campus Plan, this new green space would "provide clarity to what is now a confusing mix of University and Hospital uses and pedestrian and vehicular conflicts."

The Koher-Cogan Building, which has been vacant since 2010, will be demolished to make way for North Green. A potential addition will also be constructed to the north face of the Leavey Center.

Finally, a new bus turnaround has been proposed for Lombardi Circle, which will allow for transportation options like Georgetown University Transportation Shuttle (GUTS) buses.

Over 150 MedStar Health leaders, associates, physicians, and patient groups spoke with medical planners and architects over the past 14 months in order to create the best plan for the pavilion. The project's design effort was led by a joint venture of HKS, Inc. and Washington, D.C.-based Shalom Baranes Associates.

What open spaces have been proposed?

The Campus Plan describes Georgetown University as lacking a "clear hierarchy or a cohesive landscape structure." In order to solve this, there are plans to construct a myriad of new open spaces and campus connections, linking them together in an easily navigable way.

How else will Georgetown University’s circulation improve?

Under the Campus Plan, both internal and external transportation systems in Georgetown University have been assessed in order to improve circulation, enhance pedestrian movement and safety, and encourage a number of transportation options.

One improvement to the campus involves creating a new road running east to west across the northern section of campus. This will support traffic among the Reservoir Road entrance gates and "better organize the north campus medical district."

Additionally, the the McDonough Bus Turnaround in front of the McDonough Gymnasium at the southwest corner of campus will be opened to create a new pedestrian plaza and a dedicated location for GUTS buses to drop off and pick up riders.

There will be maps created for first-time visitors with main building names and landmarks highlighted. Vendors will also have their own separate maps focused on circulation, loading, and vehicular access.

How does the Campus Plan assess sustainability?

How is parking addressed in the Campus Plan?

Under the new Campus Plan, the existing parking cap of 4,080 spaces will be maintained. Of these spaces, 2,700 are used for the Hospital, and 1,380 are used for the University faculty, staff, visitors, and students.

Want to read the entire Campus Plan? See below.