DC Narratives: The Real Estate Market, According to a U Street Realtor

A D.C. Metro area native shares information on what to know about Washington, D.C. real estate

Koki Adasi, a U Street resident, has lived in the D.C. Metro area for most of his life. He works as Team Leader/Broker Associate for Koki & Associates at D.C.'s Long & Foster and was named one of the 30 most talented, up-and-coming realtors in the U.S. by REALTOR Magazine in 2008. Here, Adasi speaks on how the D.C. market has grown and which neighborhoods to keep an eye on.

I am from Rockville Maryland. I lived in Rockville for about 20 years, and I’ve been living in D.C. for almost eight years now.

My earliest memories of the city are definitely going to museums. As a little kid, during school trips we would come down to D.C. and visit the Air and Space Museum or the Holocaust Museum. My mom actually worked Downtown as well, so I would go visit her at work sometimes and get to go out to lunch with her on K Street.

I remember back then there a lot of rundown buildings. I definitely remember seeing that as a kid. Being in real estate now, I see all the new condo projects and apartments, mixed use buildings, and retail. As a kid, I wasn’t focusing on that, but I think that with the expansion of the real estate market in D.C. that’s been a major change. The market is not the same now as it was in the early 80s and 90s.

Love brought me to D.C. I was dating my current wife, who at the time lived in Dupont Circle. I had been in real estate for just a few years and realized that the D.C. market was a lot stronger than Maryland, specifically in Montgomery County. So, I decided to buy my first home in the District, in Columbia Heights. I bought a little condo and had my first taste of D.C. real estate.

When I was looking to buy a property with my wife in 2010 we looked all over the city. From Capitol Hill to Mount Pleasant, Columbia Heights and Dupont Circle. Really all over. Luckily, we found a community that just spoke to us. Harrison Square is a 98-home community that was built by EYA in 2001. The location is awesome. It’s walkable to the Metro, restaurants and  shops. It’s close to the park, and it has a garage, which is nice considering how difficult street parking can be in the District. It really just spoke to us. And we also found a property that we felt was a great value.

Over the last four years, our property has gone up more than 40 percent in value, which is pretty amazing. So, we’ve been able to create wealth through real estate. It’s something that many Americans have done over the years, and we are taking advantage of that.

I work for Long & Foster, and am celebrating my tenth year in the business. I’m a social broker. I run a team of six people. I feel like D.C. is one of the best real estate markets in the country, and I believe that it will stay that way for decades to come.

D.C. is such a strong market due to its access. Here in D.C. you have access to everything. The job market is very strong. We have everything from politicians to a ton of attorneys and doctors. You’ve got high paid teachers, lots of folks who are college educated, and I think all that really makes a difference.

Over the last few years, there’s been a lot of change. There are cranes everywhere. People want to be here.

[On the areas that are going to increase in value over the years,] first would be Southwest Waterfront. Southwest Waterfront will increase in future years mainly because of the development going on there at The Wharf. You have hundreds of millions of dollars being invested there right now. We will definitely see values going up for current homes and areas surrounding The Wharf, Navy Yard is another area. Anacostia I think is going to see  significant gains over the next few years as well.

Right now, areas that have seen growth in the recent years are Mount Pleasant, Bloomingdale and AU Park. Those areas right now are just on fire. 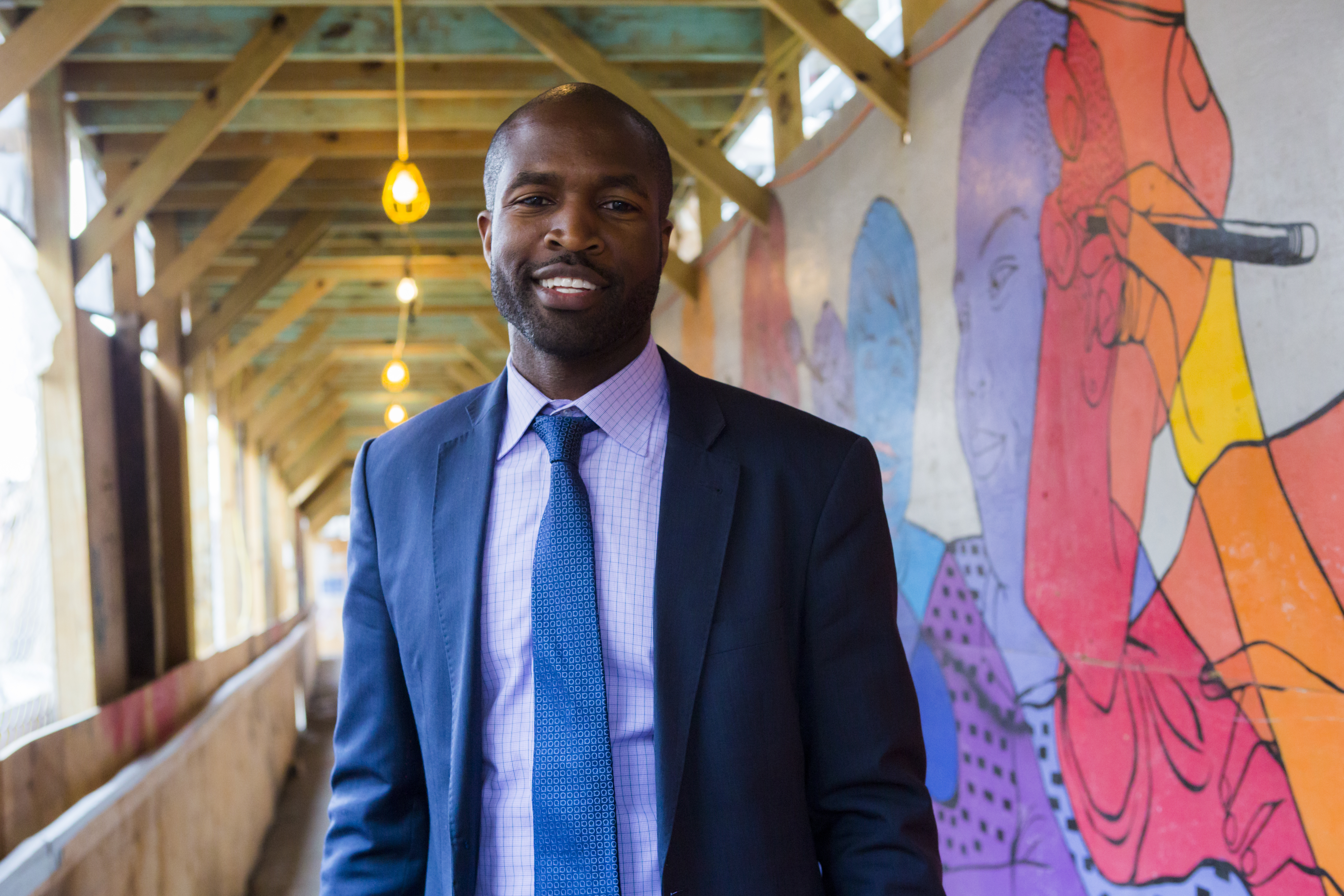 On residents that are being priced out of areas, I think it’s a part of development. It’s a part of gentrification. You know, folks who have been there for 30, 40 plus years in their family homes, some of them want to sell, and they are selling to developers and cashing out. The developers are reaping the benefits of those home sales. It’s an unfortunate thing for some families. Sadly, it’s been happening for years, and I don’t see that changing anytime soon.

There’s definitely affordable housing in all communities and something I think should increase. In the last five years, I think values have increased in a lot of neighborhoods and a lot of people can’t afford to buy there. It’s certainly a challenge.

So, by losing that diversity I think you lose some of the character of D.C. and in the long term I don’t think it will be the best thing for the city.

My family is here, my business is here, and I think if I moved it would be like starting a new life. I really do love the city. I really enjoy D.C., and I see myself here for the indefinite future.

What makes D.C. the city of the living is the opportunity. I can’t think of another place in the country where I can do the job I’m doing right now and have the same lifestyle, the same conveniences that I have for myself and for my family.

I think D.C. is a great place for someone who has an entrepreneurial spirit and who is driven to succeed . I think it’s a great place to start a small business. There is a lot creativity here in D.C., and I think that’s one of the biggest things that keeps the economy going. 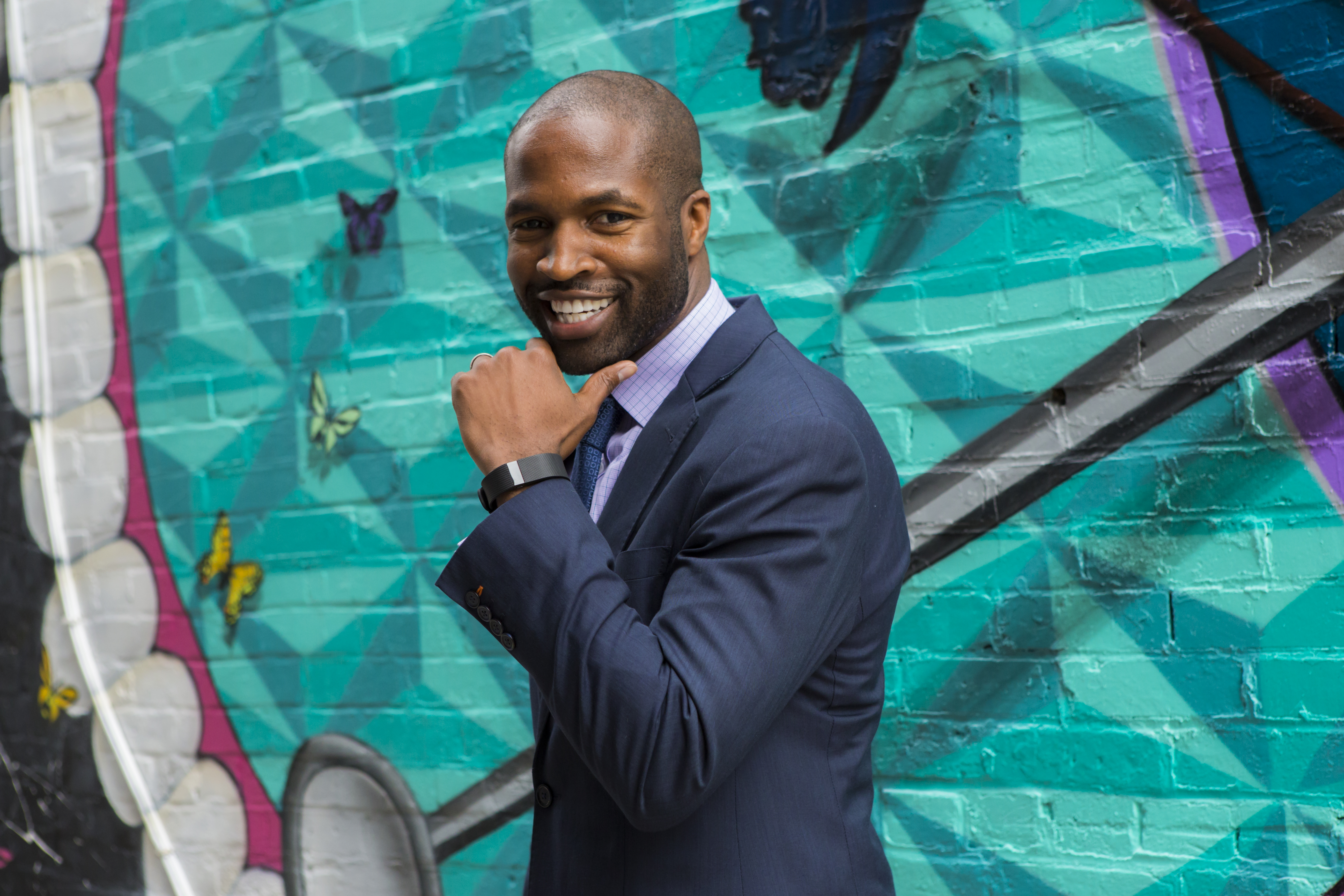